On Wednesday May 9th Aubrey Dan, President of Dancap Productions kicked off the opening performance of West Side Story at the Toronto Centre For The Arts with a witty speech and welcome to famed media guests in attendance. Mr. Dan also reminded us what a classic this show is and after seeing West Side Story I can say, it truly is a timeless tale.

I know some of our readers are theatre buffs but for those who don’t know, West Side Story is also known as the theatrical show that almost never happened due to it’s story taking 50 years to come into fruition. Five long decades and several deaths of the original concept later West Side Story debuted as an instant classic in 1957.

West Side Story is the modern day version of Romeo and Juliet only set in the gang stricken streets of Manhattan. Over the years, reinterpretations of the play have had to stick closely to Arthur Laurents’ script, Leonard Bernstien and Stephen Sondheim’s original music and Jerome Robbins’ choreography. Laurent did have a hand in this most recent production before his death last year, which helped current director David Saint, adapt the script for a new generation.

The opening act set the tone for a dance intensive, Spanish speaking, show and I was most impressed with the way that feelings of male aggression, hatred and racial tension were interpreted through well choreographed dance routines.

Sticking to Jerome Robbins original choreography, rival gangs the Jets and the Sharks make the latest production of West Side Story original by their Spanish intensive dialogue and gritty attitudes. The Puerto Rican Sharks face off with local Jets in a racially driven tale of two worlds that collide amidst dark alleys of Manhattan while rival lovers find their one true love only to meet their final demise.

The Toronto Production of West Side Story is a production worth seeing. If you’ve seen this show before, the Spanish language dialogue alone should make this version of the play unique and if you haven’t seen it yet, be sure to see it before the curtains close on June 3rd 2012.

You can order tickets online through Dancap. 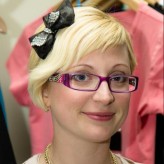