March Break is upon us and Toronto is offering up a lot of fun. There are carnivals, princesses galore and even St. Patrick’s Day a bit early. And if you’re gearing up for the outdoors, take a peak at the Sportsmen’s Show! There’s a lot to see and do in Toronto with your kids this week!

Can You See in the Dark? at Mediatheque

Experience a world where you need to rely on your senses other than sight in Mediatheque’s new program. Inspired by the film Private Eyes, children will view the film and will then discover how you react to odours when you can’t see what you’re smelling, how your perception of space changes and learn a little about the Braille alphabet. The experience lasts approximately 90 minutes and is run in partnership with the CNIB.

Princesses and Pirates at Casa Loma

Casa Loma is the perfect place to unleash your inner princess or pirate this March Break! Musical performances, story times, breakfasts, castle building and cupcake eating are all a part of the program. A Snow White and Prince Charming brunch finishes off the week. Some events require pre-registration and fill up quickly.

Enjoy March Break as they did years ago. Build a log cabin, participate in a spelling bee, make some maple syrup, take in a puppet show, dancing and musical performances. And don’t’ forget your free wagon ride around the village.

Spring Fling at the Rogers Centre

Dig out your green clothes and get ready to celebrate the luck of the Irish. Starting at noon at Bloor and St. George, the parade will continue down Yonge Street and finish after about an hour and a half at Nathan Phillips Square.

March Break at the Legislature

Get a lesson in Canadian politics while having a bit of fun too! The Ontario Legislature offers a scavenger hunt, dressing up and crafts. The two and a half hour program is for children ages 6 to 10 and is offered weekdays during March Break.

From canoes and kayak’s to fishing rods to mountain bikes, the Toronto Sportsmen’s Show is the place to get your outdoor gear. Check out what’s new and hot this season, take in some product demos and seminars and don’t forget the outdoor adventure zone where you can go rafting and rock climbing! There’s a lot for the kids too: two trout ponds where kids can win prizes and can go fishing, a casting pond, archery, an obstacle course, zip lining and dog shows.

Disney on Ice Dare to Dream

Enjoy the expression of delight on your little one’s face as she takes in the escapades of her favourite princesses on ice, at the Rogers Centre. Enjoy the tales of Tangled, Rapunzel, The Princess and the Frog, Cinderella and more. End your March Break with happily ever after!

Now that you know what to do in Toronto with kids this week, keep an eye on our Facebook page today. There could just be a giveaway in your future. (hint, hint) 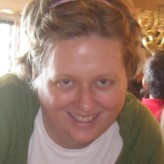