It has been a long time since a restaurant in the East End neighbourhood the Beach has opened to such anticipation and excitement. The team behind the super popular food truck Hogtown Smoke has opened its first bricks and mortar restaurant on Queen Street, East. So, if you are wondering where to eat in Toronto, join the people lining up out the door to get a bite of their perfectly smoked barbecue dishes.

Where to Eat in Toronto for Great Barbecue

We lucked into a table during the opening week and enjoyed a fabulous meal, with a lot of meat. The first step to opening to an uber-popular barbecue restaurant? Install your own smoker, in which you will smoke your meat for upwards of 16 hours. Incredible. Hogtown Smoke is known for perfectly smoked and southern style barbecue food, and they did not disappoint.

Our party of four adults ordered the Wilbur platter; a half pound of beef brisquet, a half pound of pulled pork, half a chicken, six chicken wings and three sides. For our side, we chose the beef brisket chilli, baked beans and purple cole slaw. Believe me when I say that it was plenty of food. I really appreciated using the various in-restaurant made barbecue sauces that beautifully complimented the meat. Never fear, you don’t have to order a platter of meat. Their dishes also include a variety of yummy looking sandwiches, cornmeal muffins and deep fried pickles.

Beyond the food itself, the restaurant has a fun, warm and welcoming vibe. The staff were knowledgeable and friendly. Really when we visit a restaurant it’s 75% the food and 25% the overall experience…right?

If you arrive after 6:00pm don’t expect to be seated right away. The dinner crowd is really an absolute crowd. Not to worry, grab a drink at the bar, the food is well worth the wait. 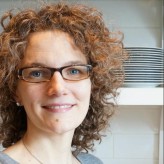