We’ve rounded up our favourite comic-inspired activities for kids, because kids love superheroes of course! And if you’ve got a reluctant reader, comic books can be the gateway to a love of reading.

Previously known as the Comic Book Convention, sci-fi and comic fans of all ages will have fun spotting the costumes and characters at this annual expo in September. It’s well worth keeping an eye out for the Toronto Comicon in the spring too. Just setting up shop on a bench outside is good fun – all the super hero costumes!
Metro Toronto Convention Centre, Toronto

Veteran comic book shop with locations in Toronto and Ottawa, this one is a great place to find toys as well as independent comics, probably better suited to tween readers.
329 Yonge Street, Toronto 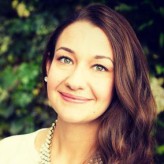 Melissa Carter is a writer and editor, living in Toronto. She loves baking apple crisps and fruit pies, napping on a blanket at the beach, running on the shore, and camping out in the living room for fried chicken picnics.